Duluth, Minn. (Sept. 22, 2015) — Chanting “protect, don’t pollute,” over 60 residents of St. Louis County asked their county commissioners to recognize that the St. Louis River has been declared endangered due to the threat of pollution from sulfide mining.

The St. Louis River is listed as one of the ten Most Endangered Rivers in the U.S. by conservation group American Rivers. The listing is due to the threat of pollution from the PolyMet sulfide mine proposal near the headwaters of the river. This new pollution threat would undermine years of progress toward restoring the St. Louis River. Hundreds of millions of dollars has been invested in cleaning old pollution on the river, and restoration efforts are beginning to bear fruit. 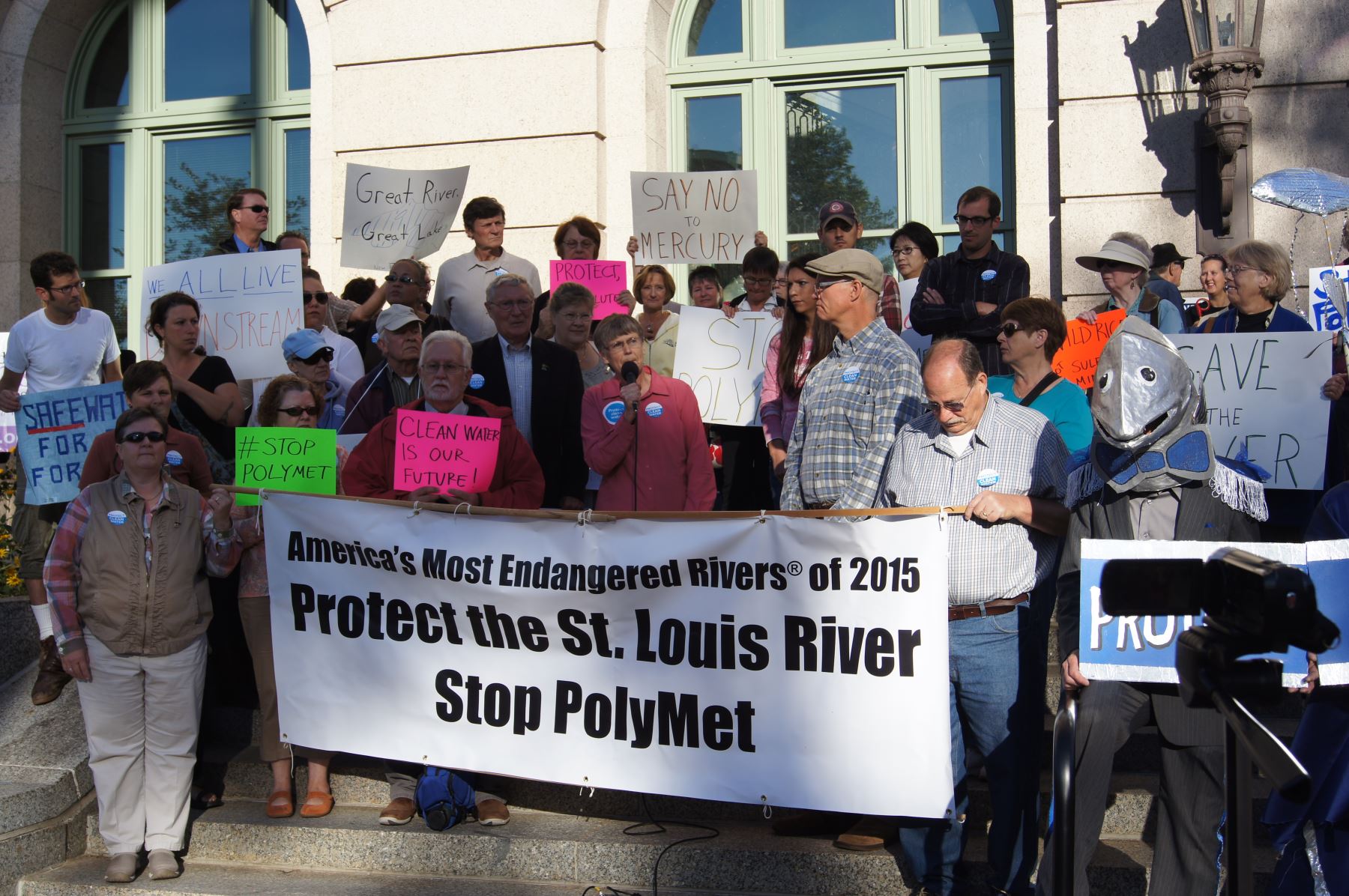 The group of citizens came to the board meeting to ask the St. Louis County Board to pass a resolution recognizing the Most Endangered Rivers designation. During the open public comment period, St. Louis County residents spoke in favor of the proposed resolution.

Greg Benson, owner of Loll Designs, described how his company has been built on the shores of the St. Louis River on formerly contaminated industrial sites. Loll Designs employs over 100 people in the Twin Ports, and Benson stated that they are located here because of the natural beauty of the region. “There is no downstream,” he stated. “We all live downstream.”

“PolyMet is a real threat to the St. Louis River,” said Andrew Slade, Great Lakes Program Coordinator for Minnesota Environmental Partnership in his speech to the board.  The threat won’t go away if the County Board ignores it. Pass this resolution, recognize the river is endangered, and help the County join the governments, civic organizations and citizens working to keep the river clean and safe for future generations.”

The PolyMet sulfide mine proposal is currently undergoing environmental review. The agencies conducting the study of the proposal have stated that they expect to release the final environmental study before the end of the year.