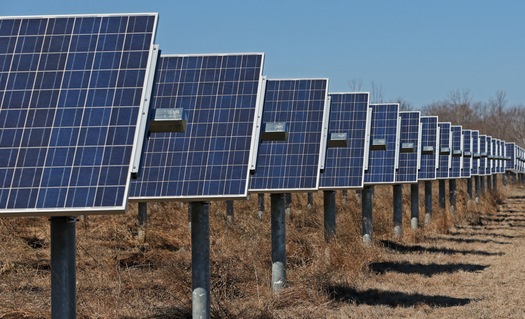 This week, delegates from 195 countries are meeting for the COP23 conference in Bonn, Germany to work on solutions to climate change and further advance the Paris Climate Accord. The meeting coincides with the announcement that war-torn Syria has begun its accession to the agreement, leaving the United States as the only country not supporting the accord. The federal government will still participate in the climate talks in Bonn, but the Trump Administration’s officials plan to host a panel to promote fossil fuel and nuclear power generation, rather than engage in discussions on clean, renewable energy solutions. With 2017 recently recorded as one of the three hottest years on record, (along with 2015 and 2016) this is an especially poor time to abdicate American leadership on climate change.

Fortunately, Minnesotans aren’t backing down from this challenge, or from representing a better path to the international community. MEP partner organization Climate Generation is leading a group of Minnesotans in Bonn, where they’ll be participating in meetings with fellow leaders and advocates. They’re attending to share ideas and learn about what the rest of the world is doing to tackle emissions. And they’re demonstrating that while federal leaders may not be interested in contributing to the Paris Accord, Minnesota is still in.

As a member of the United States Climate alliance, Minnesota is committed to meeting the emissions goals of the Paris Accord and the Obama Administration’s Clean Power Plan, and our energy industry is making enormous strides toward those goals. Since 2006, we’ve increased the share of our power that comes from wind from 4% to 18%. Minneapolis-based Xcel Energy is planning to invest $3-4 billion in wind power in the next few years, creating low-emissions power and passing along cost savings to consumers as it replaces cost-intensive coal usage. Solar has also been a success story: Minnesota’s solar capacity grew 80% in the first three months of 2017 alone.

Ongoing developments in clean power generation and batteries mean that we can continue to transition our economy to rely on clean-generated electricity for living, commerce, and transportation. Using steel, sun, and wind for fuel will continue to grow jobs and slow the carbon emissions that are endangering our climate. And while the U.S. government has failed to act as a strong global leader on this clean revolution, our state continues to light the way, in Bonn and at home.