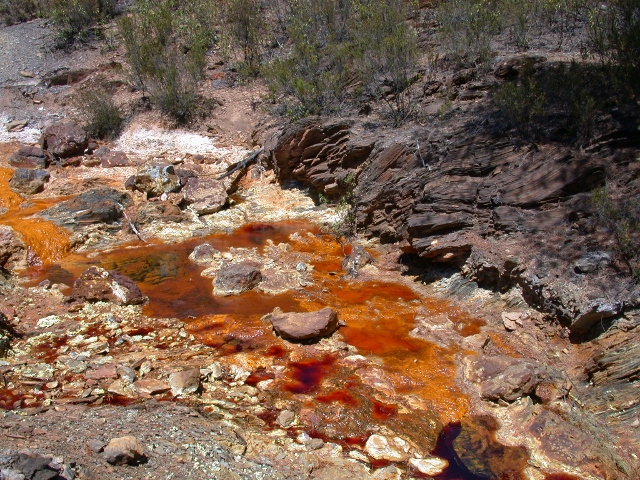 Last month, the Department of Natural Resources released draft dam permitting for PolyMet’s proposed sulfide mine in Northern Minnesota, and opened up a comment period on the permit that ends on October 16. The permit would allow PolyMet to use a 40-year-old dam, previously used to store taconite waste, to store waste from the new mine. Proponents present this as a safe way to keep wastewater and byproducts contained and out of other waters. But the reality is much more alarming.

First, as the permit itself states, the dam would be permanent – not just a long term risk, but a fixture that generations of Minnesotans would have to pay to maintain for hundreds of years. In comparison, the mine itself would operate for about 20 years. The indefinite maintenance, well after the area has been mined out, would be required just to keep this already-leaky dam from releasing its toxic contents into the watershed beyond it.

That’s not a guarantee, however, that the dam wouldn’t break – and the consequences of a rupture would be catastrophic. Three years ago, a similar dam at the Canadian Mount Polley mine collapsed, spilling hundreds of millions of gallons of mine waste into previously clean waters. The dam contained toxic heavy metals like arsenic and lead, which are still contaminating vulnerable lakes and rivers. The resulting long-term damage to the local environment has been catastrophic and continues to mount.

A similar spill at PolyMet’s dam would threaten the St. Louis river watershed and other waters that thousands of Minnesotans depend on. The St. Louis River is the largest river to flow into Lake Superior, so a threat to this river is a threat to this Great Lake. Within hours, a spill of PolyMet’s dam could destroy buildings and wildlife areas and permanently damage local communities.

PolyMet refuses to consider using much a safer dry storage method, recommended by experts in the wake of the Mount Polley collapse, despite these dangers.

Risking the water, wildlife, people, and buildings downstream of the mine by approving this dam permit would be a shortsighted, dangerous move. Future generations of Minnesotans will not thank us for leaving them a dam that leaks toxic waste and saps their resources. The time to speak up is now – the DNR comment period closes on October 16!

Click here to send a message to the DNR: that we need to commit to the health of Minnesota’s people and land, not to accepting this dam catastrophe. Click here for more information on the dam permit on the DNR website.

Many thanks to the Minnesota Center for Environmental Advocacy for their tremendous research on this issue and setting up the comment submission page. Click here to watch an MCEA video on the dam project.