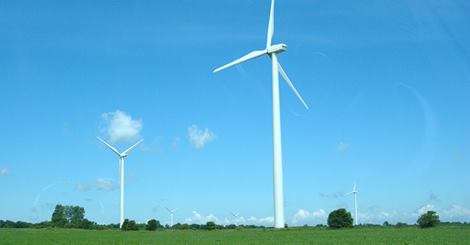 In many discussions over the future of energy in Minnesota and around the United States, the debate is often framed as a basic argument between protecting the environment and keeping jobs. Proponents of coal, oil, or gas contend that shifting too quickly away from carbon-heavy fossil fuels will mean sacrificing potential job growth in sectors like construction and power plant maintenance. A recent Minnesota Public Radio News headline, “At Line 3 pipeline hearing, it’s environment vs. jobs,” captures this dichotomy. More and more, many fossil fuel advocates admit that moving toward renewable energy is the prevailing trend, but consistently argue that it will happen sometime in the future, and that more fossil fuel infrastructure is needed in the meantime.

But the future of our state’s economy is happening now. According to a report by Clean Energy Economy, Minnesota has more than 57,000 jobs in the clean energy sector – most in energy efficiency, but an increasing share are in harnessing our renewable energy resources like wind and the sun. Job growth in the sector is steaming forward at 5.3% a year, in comparison with overall growth in the state of around 1.3%. And our neighbors are seeing even faster results – in Wisconsin and Iowa, clean energy jobs are growing at almost 7% a year. Sources like wind and solar are becoming cheaper than ever to use for electric power, and much of Minnesota’s potential is still untapped, providing vast space for new production and new jobs.

Fossil fuel proponents point out that much of our transportation and economy still runs on gasoline, diesel, and other fuels, and this is certainly the case. But the Minnesota Department of Commerce’s testimony on the proposed Enbridge Line 3 pipeline demonstrated that Minnesota’s demand for oil products overall has been decreasing since 2015. The oil trains that once crossed the state with enormous frequency now travel through Minnesota at the rate of about one per day. Our vehicles are becoming more efficient and more reliant on electricity. Manufacturers like Volvo and major economies like the United Kingdom, India, and France have announced plans to halt new petroleum vehicles in favor of electric transportation entirely within a few decades.

With the effects of climate change becoming increasingly disastrous, and the demand for oil and coal declining, Minnesota can’t afford to waste resources on hazardous, unneeded new fossil fuel infrastructure. And the skyrocketing expansion of clean energy means we don’t need to choose between job growth and protecting our land, air, and water. The real debate is about how to best to invest in our natural, clean sources of energy to fuel Minnesota’s electric future.