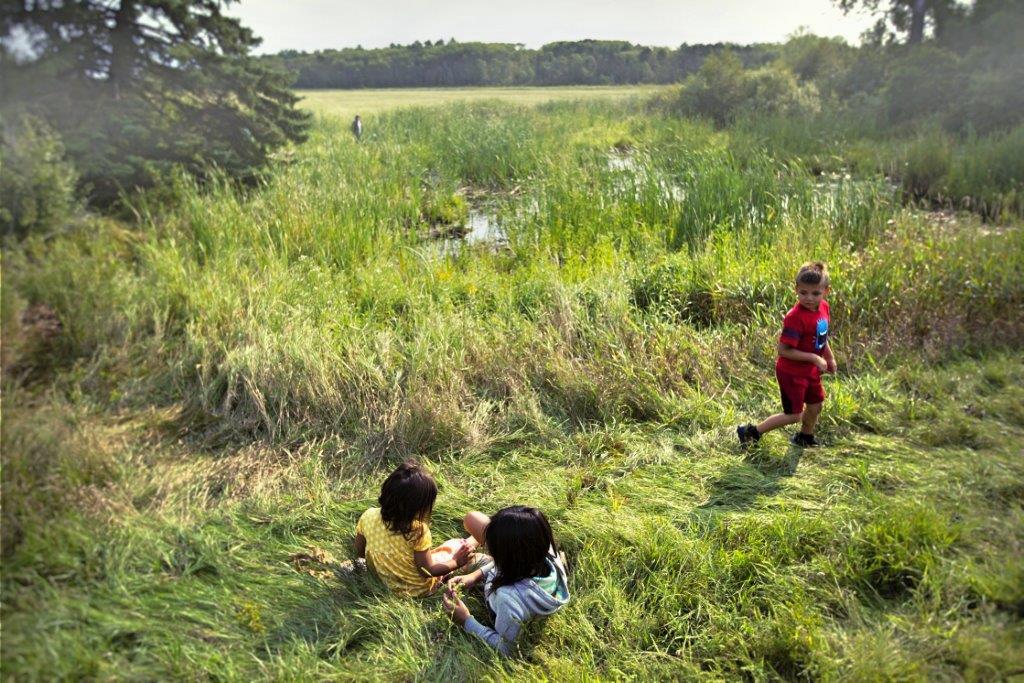 At the end of every Minnesota summer, a centuries-old tradition continues on the waters home to the plant the Ojibwe call “manoomin”– wild rice. It’s known to many as the state grain of Minnesota, but wild rice has a much greater significance to the Ojibwe bands around the state who call these lands and waters home. Manoomin lies at the heart of Ojibwe history, culture, and well-being, and tribal members maintain the treaty rights to continue to harvest it and protect the lakes it grows on. Unfortunately, these rights have not always been respected by outside interests who seek to profit from the use of these waters – namely the oil pipelines that already cross these vulnerable waters.

Wild rice has formed an integral part of the Ojibwe people’s identity since they first came to the lands that now include Minnesota. According to oral history, the Ojibwe were told by the Creator to seek out land “where food grows on the water.” Manoomin has since been a staple of Ojibwe meals, and the harvest has successively been passed down to each generation. As a natural grain, it has tremendous health benefits. Winona LaDuke, the executive director of Honor the Earth and member of the White Earth Band, called it “Food for the belly and food for the soul. Its nutritional value is incomparable.”

It’s a tradition that brings together communities. In an interview Debra Topping, a member of the Fond du Lac band of Ojibwe, said that she had spent the morning harvesting with family members, and said she hoped for her grandson to soon participate and learn about the tradition. Harvesters work from around 9:00 in the morning until 3:00 in the afternoon for roughly a month, using “knockers” made by community members to collect the grain. And wild rice isn’t solely a crop for human consumption – it feeds all of the life in the area it grows, including worms, insects, fish, and the animals and birds that prey on them – Topping has seen owl pellets containing still-intact grains of manoomin.

Because wild rice is a resource vulnerable to overharvesting and pollution, tribal communities carefully manage its use. Levi Brown, Director of the Leech Lake Band of Ojibwe’s Environmental Department and member of the Leech Lake Band, said that the harvest time and length is determined by a community rice committee based on weather and the health of the paddies. In this, he says, “It is a government by and for the people.” The Leech Lake community manages an important and enormous resource – one-tenth of all the water in Minnesota is within the reservation’s borders, and the size of the resulting wild rice crop averages around 250,000 pounds a year.

As expansive as the wild rice waters are today, they have fallen precipitously since white settlers arrived. Winona LaDuke states that more than 70% of the original waters no longer support the grain, and threats to the remaining waters continue to mount. This is despite the treaty rights the Ojibwe hold, allowing them to have sole harvest and regulatory control over the crop on treaty lands. Said Levi Brown, “If you have the sole right to regulate the resource, doesn’t it make sense that you should have the ability to protect it from harm?”

These rights are at the core of the Ojibwe struggle against Enbridge’s proposed Line 3 oil pipeline, which would pump some of the dirtiest oil on earth directly through wild rice watersheds. According to Winona LaDuke, other Enbridge pipelines in the same area have already leaked, and no EIS has ever been conducted on the damage they have done. Previous studies of the new Line 3 indicate that there is no possible route that would not harm wild rice waters. The damage that a spill would cause would be catastrophic, and possibly irreparable to the grain’s survival.

The Ojibwe have decisively said “no” to this new pipeline, but so far it has continued to move forward through the regulatory steps, and Enbridge has already begun construction on the Wisconsin segment of Line 3. Debra Topping says she is doing her best to educate people who haven’t heard about the pipeline’s consequences, so that Enbridge and the Department of Commerce will have to face public accountability. And Winona LaDuke, Honor the Earth, and tribal members have promised to continue the fight against Line 3 at every stage of the process. “My family has riced for generations,” LaDuke said, “and you’re not going to take that away from us.”

To learn more about Line 3’s impacts on the Ojibwe and northern Minnesotans, and how you can be an ally in this battle, visit www.stopline3.org. For more information on pipelines, water, climate issues, and more ways to take action, you can also visit our website at www.mepartnership.org.

Thanks to Levi Brown, Debra Topping, Winona LaDuke, and Irene Folstrom for their contributions to this article, and for their work to protect Minnesota’s waters and wild rice.