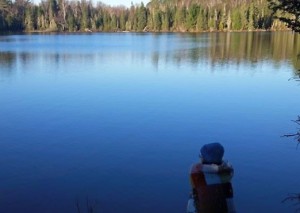 This month is shaping up to be a big one for the health of Minnesota’s water, land, and communities. Last week, the staff of the Public Utilities Commission released nonbinding recommendation that the proposed Enbridge Line 3 oil pipeline be approved, and that its new route should be favored as the least harmful to the environment. While this report is disappointing and contrary to the Department of Commerce’s conclusion that Line 3 is not needed by Minnesotans, it is also not the end of the story: the PUC’s five Commissioners are scheduled to make their final decision by the end of June.

Meanwhile, Minnesota’s U.S. Senators have attached an amendment to the must-pass National Defense Authorization Act that would force through the land exchange for the PolyMet sulfide mine in northern Minnesota. The land exchange – which would trade public land with PolyMet’s parent company at bargain prices – is already scheduled to conclude on June 28. But it is contingent on four pending lawsuits filed to stop it, and could be suspended depending on the legal outcome. The amendment to the National Defense Act in Congress would eliminate the lawsuits and push PolyMet toward becoming a reality.

These two projects, though focused on different activities, represent two sides of the same coin: the devaluing and misuse of northern our state’s critical land and water resources, despite strong opposition from majorities of Minnesotans.

Both have created unprecedented debates

Line 3 is a replacement of an old line that would increase its capacity by doubling the number of barrels per day, delivering toxic Alberta tar sands oil across Minnesota. State and federal laws were written largely to favor pipeline construction, and the PUC has historically rubber-stamped these proposals. But in the wake of controversies like Dakota Access and Keystone XL and with the broader understanding of the increasing effects of climate change, the PUC has heard testimony from thousands of Minnesotans. It’s clear that such dangerous pipelines are no longer considered a no-brainer.

PolyMet is unprecedented in its own way – sulfide ore mining has never been conducted in Minnesota, and it has never been conducted in any location with freshwater resources without leaving acid pollution in its wake. Minnesota has a long-held tradition of iron ore mining, but sulfides are a breed apart. A mine waste spill at the PolyMet site would result in pollution that would harm the area for decades even if it occurred long after the mine ceased operations.

Both would trample over indigenous rights

The PolyMet mine would lie in the St. Louis River watershed upstream from Lake Superior. Downstream the St. Louis River flows through the Fond du Lac Indian Reservation. The Ojibwe of this reservation depend on the St. Louis River’s water and fishing resources for their health, well-being and guaranteed cultural rights. The fish in the watershed have already been contaminated by sulfates and mercury that threaten human health – the addition of acid drainage pollution in the likely event of a mine spill at some point would be an even greater blow.

Throughout the Line 3 debate, the Leech Lake Band and Ojibwe tribal members throughout Minnesota have condemned this pipeline proposal as a violation of their treaty rights, their culture, and the viability of their communities. A tar sands oil spill from this pipeline into the vulnerable waters it would cross would be catastrophic for the water and wild rice resources on which the Ojibwe rely.

Both have been falsely framed as the economy versus the environment

Minnesota’s most basic and vital resource is our supply of clean water. The health of our communities and the livelihoods of thousands of Minnesota residents and businesses depend on the safety of our lakes and rivers. An accident on Line 3 or at PolyMet would create tremendous financial burdens on Minnesotans. We can’t afford to continue piling up risks to our water and moving backwards on climate action by approving such projects. If these projects are approved, Minnesotans will end up paying the costs for generations after the few temporary jobs on Line 3 and PolyMet have disappeared.

We urge state officials and our United States Senators to consider the future of Minnesota and reject these ill-conceived and dangerous proposals.